Tens of thousands of volunteers, donors and supporters advance the Make-A-Wish® vision to grant the wish of every child diagnosed with a critical illness. In the United States and its territories, on average, a wish is granted every 34 minutes. We believe a wish experience can be a game-changer and Trick2G changed the game with the help of his community to make a child’s wish come true.

Comfort Zone empowers children experiencing grief to fully realize their capacity to heal, grow, and lead more fulfilling lives. Comfort Zone Camp has hosted campers from nearly all 50 States, Canada and the United Kingdom.  A society that is actively engaged in meeting the ongoing and complex needs of grieving children. 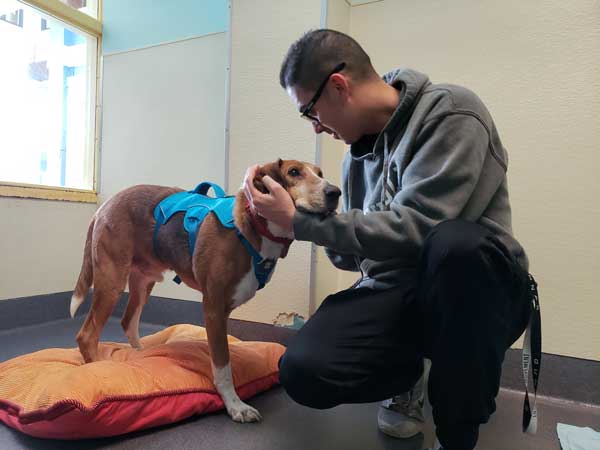 We had a lot of heroes to homeless pets that joined us for our 3rd annual SPCA stream.  We got to see our friends pets that were entered in the Sennheiser pet photo contest where the winner won a GSP500 headset courtesy of Sennheiser.  We also had RP giveaways from our friends at U.GG  READ MORE

Once again, the 2G Army is out in full force to bring a smile to a child for the Holiday Season.  This year we created an Amazon wish list so that our community can pick from items needed and have them shipped directly to Trick2G drop off facility in Richmond where Trick personally delivered the toys and check to Toys For Tots Richmond.  READ MORE

The Richmond SPCA provides many sources of care, medical treatment and supplies to the community with over 90% live release in finding homes for the animals.  The 2G army had a great time with a photo contest that gave us all the opportunity to see the pets of the people we see in stream everyday.  The giveaways were plenty from some great sponsors like Gunnar, IronsidePC, K9Cakery, InkedGaming , BarkBox, ArmaCentrum and CyberPowerPC.  READ MORE

What an amazing 2 days it was.  So much money raised for children this Holiday Season.  This community is strong and their hearts are even stronger.  We were so happy we could be a part of such a great gift for the kids.  We thank everyone who stopped by, donated, played or posted in chat and a special thanks to InkedGaming for the giveaways.  We will do it again next year for sure.   READ MORE

Trick2g and Horsey2g team up to fight for their charity Stack-Up.org in the Twitch PUBG (Player Unknown Battlegrounds) Winter Charity Invitationals.

64 teams from North America and Europe will compete in a $200K charity tournament playing PLAYERUNKNOWN’S BATTLEGROUNDS (ya know, PUBG). That’s right — $200,000 — for charity as Twitch and PUBG Corporation combine forces with each company putting up $100,000 for great causes!

AUGUST 28TH & 29th 2017 $10,025.00
#lataHarvey HURRICANE HARVEY VICTIMS through Direct Relief. So many of Trick’s viewers, followers and subscribers along with friends were hit hard by the devastating hand of Hurricane Harvey. We believe that times like this should bring the community together with not only the support but with any aid possible within our reach. Direct Relief has allowed us to do just that. One hundred percent of all donations along with Tricks total stream income for 2 days was donated through Direct Relief so they can do what they do best and bring much needed supplies to the hard hit areas of Texas. We thank all those in our community who stopped by and donated during the event and we thank Inkedgaming, Daybreak Games & CyberpowerPC for all the giveaways during the 2 days.

4 charities competed in the game Alliance Guns of Icarus for the invasion of the map all in the name of charity. Save the Children, Doctors Without Borders, Game Changer and our own Stack-Up.org battled it out in a 2 day event with the map going back and forth for ownership. Each ship had a crew to attack and defend up till the last minute with our own Stack-Up.org ending as the victors. We all had a lot of fun and raised over $10,000.00 for our charities along with the winning $10,000.00 prize that was donated to Stack-Up.org for the victory. All players that participated worked very hard for their charity and a good time was had by all.

It is no surprise that Trick2G LOVES his dogs and wanted to give back to the community to show his love on Valentines day for our local SPCA. He was given many challenges by his moderators to meet his goal and a good time was had by all. We would like to thank all of those that participated with donations and game play. As usual with Trick, 100% of all stream donations, Bits and subscribers income has been donated to the charity.

For 2 days October 15th and 16th Trick had all donations made to Direct Relief along with 100% of all subscriber money. He streamed 12 hours straight on the 15th and 16 hours on the 16th. So many people will be helped from this amazing effort from trick and the T2G community. We thank you all.

MARCH 2016 $21,215.91
LEGENDS VS DRAGONS FOR THE TYLER ROBINSON FOUNDATION AND ANXIETY GAMING

The legends: Trick2G, Nightblue3, SirhcEZ, Dyrus and Jev battle the Imagine Dragons and their special guest WildTurtle as they fight for their charities. The stream was a lot of fun and we got to hear the Legends SING to the Imagine Dragons.

Julia was diagnosed with bone cancer in 2006. In November 2015 she was at the ill-fated Bataclan concert during the horrific events of the Paris attacks. She survived with some severe wounds but her body was too tired from facing too much and she passed away January 16th at the age of 18. She was a friend in the Twitch broadcasting family and she will be missed.

Team2G gave back to the community once again for the American Foundation for Suicide Prevention. Team2G participated in many giveaways for the channels for the viewers. All donations and time were given with love and support for such a great charity and helped heal our hearts for the dear ones we have lost to such a sad end.A special thanks to CyberpowerPC and Kinguin for providing the team with unlimited giveaways throughout the 24 hours

Trick’s 24 hour stream for support for Nepal’s earthquake survivors. Over 8 million people affected and 14,025 people were injured. Every donation went to support the survivors and although he started out giving half of every subscriber during the 24 hour stream he decided to give 100% of any new subscription to his channel for that day.

Team2G supported MissKyliee as she ‘WHIPPED SUICIDE’S ASS” and raised over $38,000.00 for the American Foundation For Suicide Prevention. Over 25 Team2G Broadcasters gave their time and donations to support MissKyliee on a subject so close to her heart. Those that were not broadcasting supported by hosting her channel throughout the 24 hours.

Team2g supports the kids with 24 hour streams of all different games and many giveaways courtesy of CyberpowerPC and Syber gaming. NickSquirt was the winner of a Syber Vapor SVAB100 PC Gaming console. The team had a lot of fun for a good cause.